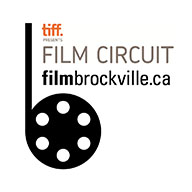 Doors open a half hour before screenings. Screening dates will alternate from one month to the next between Sundays and Wednesdays.

Tickets are $10.00. They are available at the BAC box office (cash, debit/credit cards). Tickets may be purchased online at the BAC beforehand.

In recognition of the Coronavirus - Covid 19 and the restrictions that have been recommended, Film Brockville will suspend all screenings until further notice. We hope this will be a short term interruption in our film schedule, and that we can resume screening in the near future. Until then, keep well!

Set against the backdrop of 1950s New York, Motherless Brooklyn follows Lionel Essrog (Edward Norton), a lonely private detective living with Tourette Syndrome, as he ventures to solve the murder of his mentor and only friend, Frank Minna (Bruce Willis). Armed only with a few clues and the engine of his obsessive mind, Lionel unravels closely-guarded secrets that hold the fate of the whole city in the balance. In a mystery that carries him from gin-soaked jazz clubs in Harlem to the hard-edged slums of Brooklyn and, finally, into the gilded halls of New York's power brokers.

And the Birds Rained Down
Il Pleuvait des Oiseaux

Three elderly hermits live in the woods, cut off from the rest of the world. While wildfires threaten the region, their quiet life is about to be shaken by the arrival of two women… A luminous octogenarian unjustly institutionalized her whole life, and a young photographer charged with interviewing survivors of the region’s deadliest forest fire. After the death of the eldest hermit, the two women make an astonishing discovery: hundreds of painting echoing his tragic experience related to that devastating fire. A story of intertwined destinies, where love can happen at any age.

Charlie (Driver) is a playwright who wants to stay in New York. Nicole (Johansson) is an actor who's landed a coveted television role that requires her to relocate to Los Angeles. Their geographical dispute tests an already strained relationship. As Marriage Story begins, the couple's divorce is already underway, with each enlisting legal squads deploying various tactics.

Gripping, powerful, and of-the-moment, Antigone loosely adapts Sophocles' Greek tragedy and situates it in contemporary Montreal. The latest from critically acclaimed Québécois writer-director Sophie Deraspe (The Wolves, The Amina Profile) is a compassionate family drama that doesn't hold back on its indictment of the current refugee and immigrant experience in North America.

The true story of Vietnam War hero William H. Pitsenbarger, a USAF Pararescue medic who saved over sixty men in the U.S. Army's 1st Infantry Division before making the ultimate sacrifice in one of the bloodiest battles of the war. Thirty-two years later, Pentagon staffer Scott Huffman investigates a decades-long Congressional Medal of Honor request for Pitsenbarger and uncovers a high-level conspiracy prompting him to put his career on the line to seek justice for the fallen airman.

Salam, an inexperienced Palestinian production assistant, becomes a writer on a popular soap opera after a chance meeting with an Israeli soldier. His creative career is on the rise - until the soldier and the show's financial backers disagree about how the show should end, and Salam is caught in the middle.